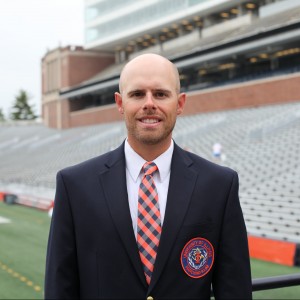 Joe Busuito is a candidate for the Doctor of Musical Arts in Wind Conducting at the University of Illinois Urbana-Champaign. As a Bands graduate teaching assistant, he works with students in the university concert bands, athletic bands, and conducting classes. He received a Master of Music in Wind Conducting at Western Michigan University in 2015, where he served as a graduate assistant and studied with Dr. Scott Boerma. In 2009, Joe received a Bachelor of Music Education degreen from Western Michigan, where he studied trombone with Dr. Steve Wolfinbarger.

Between 2009 and 2013, Joe served as the Assistant Director of Bands at Oxford High School in Oxford, Michigan. He directed over two hundred students in a variety of ensembles, including the wind ensemble, symphonic, concert, jazz and marching bands. He was also responsible for the implementation of AP Music Theory and International Baccalaureate Music courses, and helped bring to life the Oxford Arts Conservatory, which provides a specialized curriculum to those students who wish to pursue an artistic field beyond high school.

Joe is originally from Lake Orion, Michigan. He lives with his wife to whom he has been happily married for two years.